Dating the One You Married, Part 12: 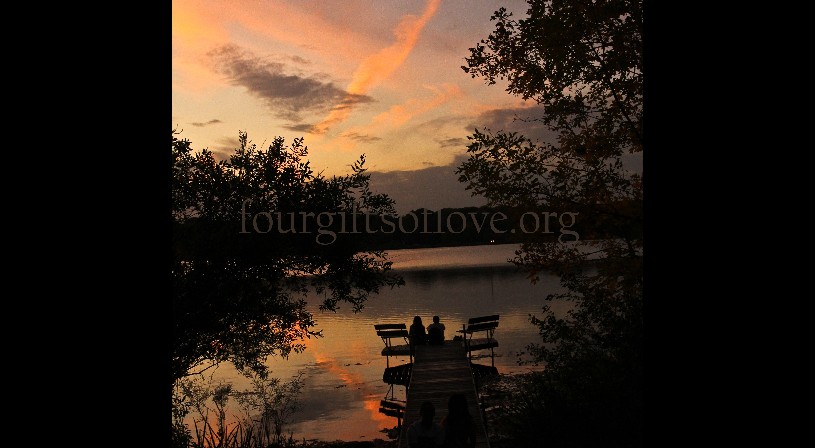 Dating the One You Married, Part 12

Roseanne was 35 and had wanted to be a mother from the time she had been a child. But she had not found a man that she felt would be a good father until she met Ted. He had a good job, shared her religious values, and was raised in a closely-knit family. She knew that children would be very important to him.

They met through an internet dating service, but because they lived about three hours away from each other, their “dates” usually consisted of hanging out together on weekends, and texting during the week. They didn’t have recreational interests in common, were not very affectionate, and didn’t talk much to each other. So, while dating, they didn’t make very many Love Bank deposits.

Ted had not put much effort into dating prior to meeting Rosanne. But time was marching on, and he didn’t want to go through life without children. At age 39, he decided that it was time for him to settle down and find a wife.

So, after being together for about a year, they both decided to marry and raise a family. The problem was that they were not yet in love.

Being in love is one of life’s greatest experiences. Rosanne and Ted had experienced it with others occasionally, but their love was not reciprocated, and so those relationships never developed. While they liked and respected each other, their primary reason to marry was not because they were in love. They married to raise children.

After marriage, Roseanne left her job as a nurse, sold her house, and moved into Ted’s house. She was able to find a new job almost immediately, but her family and friends were too far away for her to have the daily support she had from them. She discovered very quickly that Ted was no substitute for what they had provided.

Since Roseanne and Ted had lived so far apart prior to marriage, they hadn’t faced the same day-to-day conflicts that they would have had living in the same house and seeing each other every day. So, when they were first married, they struggled with new conflicts.

At first, Roseanne wanted Ted to be more romantic with her, hugging and kissing her, telling her his deepest feeling, and having fun together. But he had never been very affectionate with her prior to marriage, and he didn’t see any point to it. His recreational time was spent with his single friends after work, and when he was home, he played video games on the internet. He didn’t want marriage to change his routine.

When it came to finances, Ted wanted to spend the money he earned as he saw fit. When Roseanne complained about it, he would tell her that she was being controlling.

So, Roseanne tried to adjust to living Ted’s independent way of life, and reminded herself that it was the hope of raising children that got her where she was. So, she made sure that they had sex whenever she thought she might be ovulating. It was not enjoyable for her. In fact, on some occasions it was very painful. But she wanted to get that family going as soon as possible.

Adjusting to marriage was far more difficult than she had ever imagined it would be. At first, she tried to do things Ted’s way, but it wasn’t long before she started to argue with him whenever they faced a conflict. Instead of trying to find common ground, she became rigid in the expression of her opinions, and he did the same. They both saw each other’s perspectives as flawed.

After only three months of marriage, they saw their first marriage counselor. That counselor made a valiant effort to teach them how to “fight fairly,” but it was to no avail. They tried to follow the counselor’s recommendations to face conflict with respect and understanding of each other, but their emotions always got the best of them. So, Rosanne tried to avoid conflict altogether as a way of avoiding fights with Ted. She simply stopped complaining about everything that bothered her about him.

That strategy kept them from fighting before they had their first child. But while Rosanne was pregnant, she could not contain herself anymore. Their conflicts returned with a vengeance because Ted would not agree with her on how to protect their unborn child from real and imagined threats: The food they were eating, medicine they were taking, sleep they were getting, and exercise they needed, among their many concerns about what would be best for the child.

So, the next counselor they saw encouraged Roseanne to be less controlling – to give Ted the right to make his own decisions. She was not to tell him what to eat, what medicine to take, how much sleep to get, or what exercise he needed.

But that’s what she had tried to do before she was pregnant. Now, the conflicts about what was best for the unborn child were too important for her to ignore. After three appointments, she decided that counseling wasn’t helping.

After 5 years of marriage, they had 3 children, Amy, Rodney, and Martha. Their goal of having children being accomplished, what was left was to raise them. But they had very different parenting styles. While Ted wanted their children to learn from life itself, and wanted them to have the freedom to make their own choices, even if it meant making mistakes; Rosanne wanted to keep them on a tight leash. She wanted them to avoid making mistakes.

For Rosanne, sex had one purpose, and one purpose only: To have children. She found it to be painful and degrading. So, after Martha was born, she saw no further need for sex and refused Ted’s advances.

All of the counselors that Rosanne and Ted would see over the next few years focused attention on communication. They were to try to listen to each other, and to understand what was being said without lecturing, interrupting, or challenging each other. What was missing was any effort to help them create romantic love for each other.

What Does Romantic Love Do for Marriage?

Being in love leads to fewer conflicts, especially when it comes to meeting intimate emotional needs. Why would a newly married husband choose to be with his friends after work instead of going home to his wife? Because he was not in love. He didn’t marry Roseanne to be with her. He married her to have children. To some extent, Roseanne felt the same way, but having left her friends behind when she moved in with Ted, she felt lonely and would have appreciated his companionship.

Ted missed a great opportunity to create Roseanne’s romantic love for him if he had simply given her his undivided attention during the first few months of marriage. But having no romantic love for her, he simply didn’t feel like doing what would have worked.

A couple in love not only have fewer conflicts, but the ones they have are much easier to resolve. The emotional attraction a man and woman in love have for each other makes them far more accommodating and empathetic than they would have been otherwise.

Roseanne and Ted’s conflict over finances when first married would have been settled with a joint account if they had been in love. And they would have discussed how their joint income would have been spent. It just makes sense when you are in love to share what you have.

Even the conflicts during pregnancy would have been much easier to resolve. In spite of the health concerns Roseanne had for the unborn child, Ted would have been more patient with her. He would have handled their disagreements in a much softer way, making an effort to find common ground with her.

Their situation was similar in many ways to the third couple I introduced to you, Sherry and Todd. That couple had fought with each other and had failed to meet each other’s emotional needs for so long that they had come to hate each other. They had threatened divorce throughout their marriage. But there was one important difference: Sherry and Todd had once been in love with each other. They married because they were in love.

Roseanne and Ted came to my office because they were about to divorce and wanted to give their 16 years of marriage one last chance for survival. They both felt that their three children, now 11, 13, and 14, were too important to let them experience the chaos of divorce. And yet, they couldn’t tolerate living with each other. They fought with each other constantly, mostly about how to raise the children.

I laid out my plan for them so that they would know that there would be several steps to their recovery. Unlike the counselors they had already seen, my ultimate goal for them was for them to create romantic love for each other. The fact that it had never happened, and that they were both quite willing to admit it, didn’t mean that it couldn’t happen. All that was needed was for them to follow my plan for them.

Rosanne and Ted found each other repulsive. They could hardly tolerate each other when they were trying to be a good example for their children. But when they were alone, they expressed their contempt for each other in the most vicious manner. No physical abuse, but plenty of attacks on each other’s character.

So, as was the case with Sherry and Todd, my first step was for Roseanne and Ted to eliminate Selfish Demands, Disrespectful Judgments, and Angry Outbursts. Since I have already described the procedure I use to achieve that objective in Part 7 of this series, I won’t repeat it here. After a few sessions, they were able to avoid them, mostly by not talking to each other.

My next goal was for them to have a pleasant conversation with each other for at least half an hour a day. That goal would threaten their strategy to avoid demands, disrespect, and anger, since they had achieved it by avoiding conversation almost entirely. Now they were to talk to each other, but not fight.

But they would have a much more difficult time applying them to their conversation than Sherry and Todd had. Sherry and Todd had eliminated Love Busters while talking to each other. Roseanne and Ted had to learn to converse without using them.

What would they talk about? It was not to be about conflicts. It would be about each other or about topics of mutual interest. Whenever they disagreed about something, that topic was to end. As I had done with Sherry and Todd, they used the Personal History Questionnaire to help them ask questions of each other. They also used a chess clock to keep their conversation balanced.

They still had a long way to go before they would enjoy having a date together, but they were making progress in creating the skills that are necessary to create romantic love.