Dating the One You Married, Part 3: 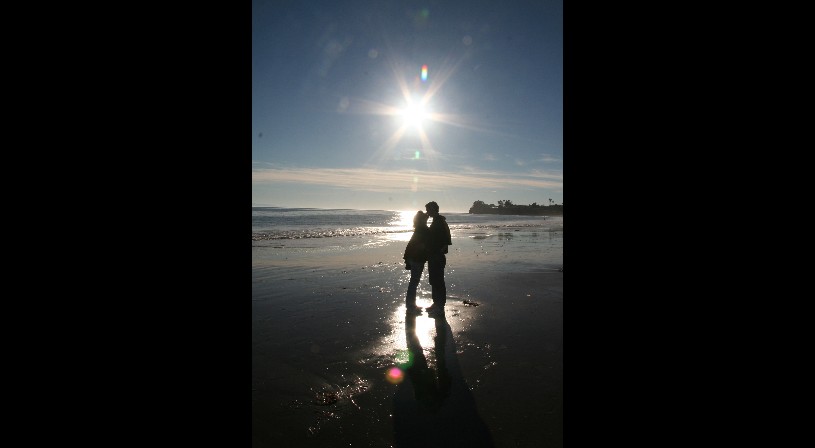 Dating the One You Married, Part 3:

Norah and Jason knew that they’d lost their passion for each other, and wanted to do something about it. That’s why they came to hear my advice.

They had made the same mistake that countless couples make when they are first married. They failed to see how important it was to continue doing what helped create their feeling of love for each other. Taking their romantic love for granted, they assumed that it would be with them throughout their lives together.

But three years after the birth of their son, Adam, they both realized that something was missing. Their passion for each other was gone. They both liked each other, and enjoyed spending time together, but it just wasn’t the same. It was much more difficult for Norah to get into the mood to make love, and Jason found his conversations with her to be somewhat boring.

The solution to their problem, and the problem of countless other couples, is solved by one of my basic rules for marriage that encourages romantic dating in marriage, the Policy of Undivided Attention: Give your spouse your undivided attention a minimum of fifteen hours each week, using the time to meet the emotional needs of affection, sexual fulfillment, intimate conversation, and recreational companionship.

The Policy of Undivided Attention encourages married couples to continue doing what they did to created their romantic love for each other: Meet each other’s most intimate emotional needs. These needs when met make the largest Love Bank deposits for both spouses and tend to keep their Love Bank balances above the romantic love threshold.

I explained to Norah and Jason that they did such a good job meeting each other’s top emotional needs while dating that they fell in love. But after they had their first child, when they let other priorities crowd out the time they had spent meeting those needs, they lost the feeling of romantic love they once had.

To recover that feeling, they had to follow the Policy of Undivided Attention. I explained to them that there were three important parts to this policy for creating and sustaining romantic love: Privacy, objectives, and amount.

Privacy: The time you plan to be together should not include children (who are awake), relatives or friends. Establish privacy so that you are better able to give each other your undivided attention.

Norah and Jason knew that when they were dating, they wanted to be alone. While they would have double dates occasionally, they preferred to spend their time together without the interference or distraction of others. But all of that changed when their son arrived. The only privacy they had was when they were alone without each other. That kind of privacy turns out to be very counterproductive to the building of a romantic relationship.

I explained that the time for undivided attention should not include Adam (unless he was asleep), relatives or friends.

Being without Adam when they were not working seemed to fly in the face of good parenting. They were already apart from him most of the day, and they felt that they needed to make up for the loss. And yet, they could see my point. If they were with Adam, he’d be getting most of their attention. When they got their parents to take him, who were all too willing, they could focus their attention on each other.

I explained to them that my wife, Joyce, and I were able to maintain lifelong friendships even though we spent very little time cultivating them. It was as if, when we did get together, we were able to pick up where we had left off. So, friendships don’t necessarily require much time.

Objectives: During the time you are together, create activities that will meet the emotional needs of affection, sexual fulfillment, intimate conversation and recreational companionship.

I used the analogy of a beautiful painting to help Norah and Jason understand the objectives of their time together. The time itself was the canvass and what they did with the time was the painting itself. The time simply gave them an opportunity to have a beautiful experience with each other.

But that experience had to meet the emotional needs of affection, sexual fulfillment, intimate conversation and recreational companionship. I wanted them to try to meet them all four of them while on a date together.

Shortcuts don’t work very well. Women often resent having sex without affection and conversation first, and men can resent trying to be conversant and affectionate with no hope for sex or recreation. By combining the fulfillment of all four needs into a single event, however, both spouses have their needs met, and enjoy the entire time together.

A husband should never assume that just because he is in bed with his wife, sex is there for the taking. In many marriages, that mistake can create a sexual aversion, something that makes sex much more difficult than it should be. Most men eventually learn that if they spend the evening giving their wife their undivided attention, with conversation and affection, sex becomes a very natural and mutually enjoyable way to end the evening.

But there are some women who don't see the connection either. They want their husbands to give them the most attention when there is no possibility for sex. In fact, knowing that affection and intimate conversation often lead a man to wanting sex, they try hardest to be affectionate when they are out in a crowd. That tactic can lead to just as much resentment in a man as nightly sexual "ambushes" create in a woman.

Take my word for it, the fulfillment of the four needs of affection, conversation, recreational companionship, and sexual fulfillment is best when they are met together.

Information about how to meet the intimate emotional needs can be found in my book, His Needs, Her Needs, and in the Basic Concepts section of the Marriage Builders website under affection, sexual fulfillment, intimate conversation, and recreational companionship.

Amount: Schedule a minimum of fifteen hours each week for undivided attention.

How much time do you need to sustain the feeling of love for each other? I’ve found that there really is an answer to this question that applies to most couples. But it depends on the health of a marriage. If a couple is deeply in love with each other and find that their marital needs are being met, about fifteen hours each week of undivided attention is usually enough to sustain their love.

For Norah and Jason, however, I recommended that they schedule 20 hours a week together for a few weeks. By spending more than 15 hours, they would be in love with each other more quickly.

But in addition to how much total time is required, there is also the question of how much time is required on a single date to meet all four of the intimate emotional needs. If you consider what it takes to meet them to the satisfaction of both spouses, three- to five-hour dates are usually required.

That’s not to say that these emotional needs should not be met on a less formal, more casual basis throughout the week. Some couples I’ve counseled make the mistake of thinking that once the date is over, there is no need for further affection, sexual fulfillment, intimate conversation, and recreational companionship. That’s a huge mistake if your goal is to make as many Love Bank deposits as possible.

Affection should take place whenever the opportunity arises. A morning hug and kiss, with an expression of love and appreciation for each other, a text or call several times a day, a card game together when a half hour become available, and there’s nothing wrong with a spontaneous lovemaking when both spouses feel their deep passion for each other.

When a couple schedule time to meet each other’s intimate emotional needs every week, and they restore their love for each other, those needs are usually met beyond the time scheduled. Their emotions give them added incentive to do what it takes to make each other feel fulfilled in their marriage.

Well, that’s the theory anyway. But how does it actually work in practice? Norah and Jason were about to learn how to apply all of this to their very busy lives?

I’m using Norah and Jason as my reference couple because of their dual income marriage with a young child. It’s particularly difficult to schedule fifteen hours of dating a week in these marriages. So, how did they do it? Part 4 will explain.