The Question of the Ages: How Can a Husband Receive the Amount of Sex He Needs in Marriage? 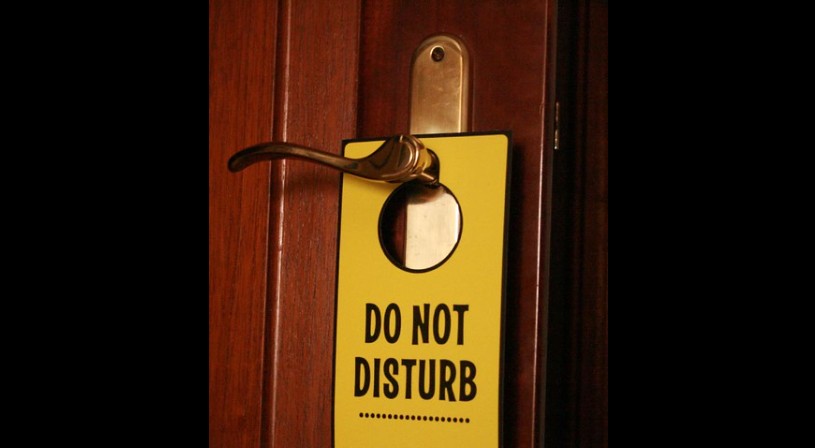 The Question of the Ages: How Can a Husband Receive the Sex He Needs In Marriage?

The Apostle Paul wrote concerning sex, "Do not deprive each other except by mutual consent" (1 Corinthians 7:5). Oh, if it could be that simple. Later in the passage, knowing that the issue is complicated, he lets the reader know that it's a suggestion, not a command.

Receiving the sex a husband needs in marriage is as common a problem today as it was two thousand years ago. And as is the case with most ageless problems, the issue is definitely complicated. But from the perspective of most men, it shouldn't be that way. What's complicated about a man and woman enjoying sex with each other?

At the time of marriage, most men consider frequent and fulfilling sex with their wives to be one of the God-given benefits of marriage. At that moment in time, most wives agree with their husbands. But as time passes, these men discover that their wives don't see things quite the same way. They find that frequent sex requires negotiation for which they apparently have no skill. In this article, I'll try to help husbands develop that skill so that their sexual frustration becomes a thing of the past.

Why should we have sex?

Effective negotiation begins with the gathering of relevant information. So I encourage men to start their discussion with the all-important question, why should we have sex? If they're honest, they will answer this question quite differently than their wives. Men usually experience a craving for sex that builds over a few days (or a few hours for younger men!) after their last sexual release. Masturbation relieves that craving to some extent, but a sexual encounter with a woman is usually the most fulfilling. So for most men, their answer to the question, why should we have sex, is that sex is necessary to relieve their sexual craving. I call what most men do to gain that relief a "sexual act."

Women, on the other hand, don't usually experience the same sexual craving as men do. So for them, sex has a much different purpose. It's usually a small part of a larger whole that helps them create intimacy with the man they love. For most women, the answer to the question, why should we have sex, is that sex is necessary for emotionally bonding that builds on affection and intimate conversation. I call what most women do to achieve that objective a "sexual event."

Don't get me wrong. I'm not saying that husbands and wives consider the purpose of sex to be entirely one way or the other. There's usually a blend of motives where men also want sex for emotional bonding and women want relief for their sexual craving. But what I'm saying here is that the primary motives of husbands and wives to engage in sex with each other are usually very different.

The hormone, Testosterone, helps explain why men view the purpose of sex as a release for a craving. This hormone which is in abundance in most men, and (sadly, from the perspective of most men) in short supply in women, creates their sexual craving. Women find that when they are administered the same amount of testosterone found in most 19-year-old men, they, too, tend to have a craving for sex, and find themselves searching for sexual relief as often as men.

Procreation, of course, is the ultimate reason for sex. The physiology of both men and women unconsciously motivate them to have sex with each other to perpetuate their specie. Sometimes that purpose can be conscious and they deliberately engage in sex for the purpose of having a child. But that is not the usual reason that husbands and wives give for having sex. And those reasons motivate them to have sex when they have no ability or desire to procreate.

How should we have sex?

If left to their own devices, most men would choose a method of sex that reflects their purpose, which is to satisfy a craving that they experience far more intensely and far more often than their wives. They would initiate a sex act by doing what it takes to create sexual arousal for themselves. For most men, looking at and feeling their wife's body, especially breasts, buttocks, and crotch usually works best. The most convenient time for this sex act is while their wives are in bed with them before going to sleep or upon awakening (or any time in between). The sex act itself usually involves intercourse, but many men prefer oral sex because they find it to be quicker and more intense.

Again, don't get me wrong. I'm not suggesting that all husbands behave this way or even think this way. But in your discussion, be completely honest about your instincts. Tell your wife what would please you the most if she were to not object. I'm merely saying without any resistance or direction from their wives, it makes sense for most men to have marital sex frequently and in the easiest way possible.

Based on a wife's perspective that sex should be a bonding experience that builds on affection and intimate conversation, she would have a much different answer to the question, "how should we have sex?" She would want sex to be part of a much larger romantic experience. Dining, dancing, and moonlit walks, all generously infused with expressions of care, are examples of the foreplay that would lead her to a fulfilling sexual experience.

By the time you reach this stage of negotiation with your wife, her perspective on how you should have sex with each other will help you understand why it's been difficult for you to make love as often as you want. Even if she doesn't answer the questions precisely the way I've characterized, I think you will be able to demonstrate my point that sex is a singular "act" for you and a much larger "event" for your wife.

With such a wide difference in perspective, how can a husband and wife be expected to reach an enthusiastic agreement regarding sexual frequency? Having sex his way makes her feel like a receptacle — something he uses to merely relieve his sexual craving. Having sex her way makes him feel that she is imposing conditions that make the frequent sex he needs essentially impossible for him.

At the risk of being annoyingly redundant, bear in mind that I know that both husbands and wives look for sexual release and intimacy when they make love. In fact, there are some men who crave intimacy more than their wives, and some wives who crave sexual release more than their husbands. But I think it's useful to know that there is usually a significant difference between husbands and wives regarding the primary purpose of sex, and how sex should be expressed. Once that difference is understood, you're in a position to find a way to increase sexual frequency with mutual enthusiastic agreement.

How can we make love more often?

The approach I usually take in helping couples increase sexual frequency is to turn sexual acts into frequent sexual events.

In my book, His Needs, Her Needs, I begin my chapter on affection with the observation that when a man creates an environment of affection (affection throughout the day), he creates the conditions that make sex an event for her. Technically, intimate conversation should also be included in this observation. If his ongoing affection and conversation helps her feel bonded to him emotionally, sex adds an important dimension to her feeling of intimacy.

An assignment that I have often given couples who struggle with the issue of sexual frequency is for them to engage in three hours of affection and intimate conversation before having sex. Most men feel at first that it's too much work just to have sex. But after they get the hang of it, they find that it's much easier than they thought it would be. Furthermore, it's part of his responsibility as a husband to meet her most important emotional needs, and an essential way to maintain her love for him.

I have created a rule that's designed to help couples meet each other's most important emotional needs. I call it the Policy of Undivided Attention: Give your spouse your undivided attention a minimum of 15 hours each week using the time to meet each other's emotional needs for affection, intimate conversation, sexual fulfillment, and recreational companionship. This rule helps turn a sexual act into a sexual event. As a result, couples who follow this policy are able to increase their frequency of lovemaking with enthusiastic agreement. They plan a four-hour date four times a week where all four emotional needs are met on each date.

For some couples, that assignment doesn't work at first because the wife has developed an aversion to sex. At the beginning of their marriage, his view of sex overruled her view, and so he forced her to have sex with him on his terms. Complying with his demands, she associated sex with an emotionally and physically painful experience. Eventually, sex became the last thing she wanted to do with her husband.

In those cases, I have helped a wife overcome her sexual aversion before encouraging her to have sex with her husband (see "Dating the One You Married, Part 14B: How to Overcome Sexual Aversion" ). After the aversion is overcome, I have asked her to teach her husband how to make love her way. Affection and intimate conversation usually provide the environment, followed by a personally satisfying sequence of touching that helps create sexual arousal for her. She also discovers positions and movements that create the most intense pleasure for her. After her husband learns how to make love to her in a way that is sexually enjoyable for her, she is in a position to negotiate with him about having sex more often.

Another problem faced by couples trying to increase sexual frequency is their tendency to fight. A point often made by wives is that the time taken for affection and conversation can be ruined by an argument. It's the opposite of affection and intimate conversation. While that sounds logical to most women, men often don't seem to get it. They expect their wives to be sexually receptive regardless of what went on before because they would feel that way. An argument doesn't necessarily lower a man's sex drive, but it certainly creates enough emotional distance for a woman to crush her desire for a bonding experience. I've been writing for years that arguing in marriage should be avoided at all costs. But that's especially true if you want to make love more often.

Every marriage is unique, so some of what I've said may not apply to you. But if one of you wants sex more often, I'd begin by discussing why and how you should have sex. That revelation should help you discover ways to increase sexual frequency with an enthusiastic agreement.

I want you to have what you need in your marriage. Understanding and respecting each other's perspectives on any topic is the fastest way to achieve it.

We recommend reading He Wins, She Wins to help you learn how to make mutually enthusiastic agreements.