Dating the One You Married, Part 23 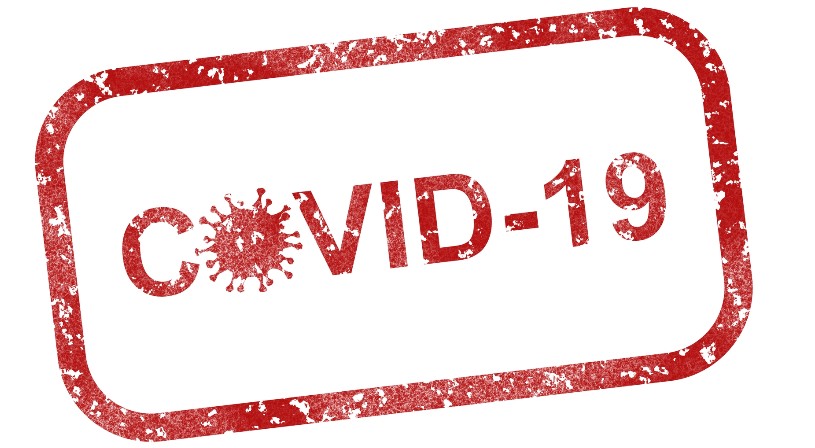 Dating the One You Married, Part 23

Death in the family. Diagnosis of a chronic health issue. Financial setback. Weather disasters. These are only some of the major life disruptions that can consume a great amount of our time and attention when they occur.  Every couple will experience these to some extent, and when they do, they can be a serious obstacle to dating the one you married.  But if couples can anticipate these disruptions, and have a plan ready for making sure that their dating is not seriously affected, they will be able to rise above the crisis with their love for each other still intact.

It had been over two years since I helped Sue and Mike create a lifestyle that made romantic dating a priority.  Besides the dating obstacles associated with the birth of their second child, raising two children under five, and a dual-income household, they continued to make romantic dating a priority.  And if life circumstances temporarily veered them off course, they would notice their relationship showing signs of neglect and restore their dating schedule as quickly as possible.

Then something happened that Sue and Mike could never have imagined.  It wasn’t a temporary illness or work deadline. It was a major life disruption. With it, their priorities changed dramatically as they attempted to weave through the unending new-life adjustments abruptly forced upon their lives by COVID-19.

As government restrictions placed them on a strict home quarantine, they needed to solve issues involving their work-at-home schedule and caring for their two children.  The pressures of increased domestic needs, childcare, and career obligations dominated their thinking.  And the underlying fear of contracting the virus overwhelmed their thoughts. Romantic dating was not a priority anymore.

At first, Sue and Mike tried to set aside time together when the children were asleep. But after the exhausting day of work with tag-team childcare and domestic duties, all they could do was to stare at the TV or look into their laptops to catch up on the news or social media. Although they were in the same room together, they were not paying attention to each other.

The pandemic news was their primary topic of conversation. For the first time in her life, Sue felt overwhelming fear and a constant unsettled stomach.  Mike also felt uncertainty about the family’s welfare as his co-workers were being furloughed. It seemed like the world as they knew it was crumbling in front of their eyes and they didn’t have any control over it.

As days passed, they tried to be conscious about meeting each other’s needs. Sue made a regular effort to express her appreciation to Mike for his care of her and the children. And both Mike and Sue made it a point to give each other quick hugs as they tag-teamed their work and childcare. They even managed to find a few minutes each week for a quick sexual rendezvous.

But as days of this new normal turned into a week and weeks turned into a month, Sue and Mike’s Love Bank account balances dropped below the romantic love threshold.  The passion they had for each other when they had been having romantic dates was lost now that they didn’t think they had time for it anymore. Like many couples, they had hoped that simply being together under the same roof would be an adequate alternative to romantic dating.

Now, Sue and Mike were back to where they were over two years earlier.  They liked each other but were not in love.

By losing their feeling of romantic love, it was more difficult for them to meet each other’s intimate emotional needs.  Mike didn’t feel like talking to Sue as often as he did when he was in love with her, and Sue didn’t feel like making love as often as she did when she was in love with him. They did talk with each other, but it was primarily about problems they faced throughout the day.

But now, they felt that the crisis made romantic dating impossible.  There were too many obstacles to overcome.  And yet, they didn’t want to lose their passion for each other.

So, Mike and Sue decided to contact me again. They knew that their romantic dating was important, but they didn’t know how to get back on track under these new lifestyle constraints.

I asked, “How much time are you scheduling each week for romantic dating?” Mike laughed and said, “What time?”  He then went on to explain that they were doing great until the pandemic turned their lives upside down.  “We tried to set aside time at night after the children were asleep, but we were too exhausted to do for each other what we had done before.  I was too tired to talk and Sue was too tired to make love,” he added.  He estimated that they probably spent about 2 hours a week giving each other undivided attention.  Sue felt that it was more like half an hour.

Sue and Mike knew what they should be doing, but didn’t know how to do it while living under the current lifestyle restrictions. They wanted me to help them think of ways that they could overcome the obstacles they faced: How to have romantic dates without babysitters and without getting out of the house. So I offered a plan that might work.

It started with waking up at 4:30 to spend two hours together for their romantic date.  This plan was a tough sell, especially for Sue who would stay up until 10 PM most nights to finish her work in quiet. After some convincing that waking up this early was not going to cause more problems, she agreed to try it with two requests from Mike: 1) bring her a cup of coffee in bed, and 2) she could have 30 minutes in the afternoon for a power nap. Mike agreed.  Mike also requested that they try to go to bed together by 9:30. Sue agreed.

The time was set without needing a babysitter, but the question remained about what to do with that time.  All their previous dating plans involved leaving the house. Now they had to creatively think of dates within the home. How can they meet the needs of affection, sexual fulfillment, intimate conversation, and recreational companionship at home?

We first brainstormed recreational ideas that could be done within the home:

After brainstorming, Sue and Mike rated the ideas and chose a few with the highest mutual ratings to be included in their morning date schedule. They agreed to follow this plan for a week and then make adjustments, if needed.

5:00 – Choose from 2 options: 1) Sit/cuddle together on their porch with coffee and read one chapter from a book about how to regulate their emotions during times of stress, and identify two helpful ideas to try that day; or 2) try out a new dance move with an online dance tutorial video.

6:00 to 6:30 – Prepare breakfast together for the children as they discuss their main schedule points and requests for the day.

This plan had them regularly focus on the primary objective of romantic dating by asking the question, Are we meeting the needs for affection, sexual fulfillment, intimate conversation, and recreational companionship during this date?

Within two days of trying my plan, both Mike and Sue thought some changes needed to be made.  They both experienced jet lag before as they traveled across time zones and knew that their sleep cycle with this plan could adjust within time, but waking up at 4:30 was a challenge.  So they made some adjustments for the next seven days.

9:00 – Cuddle together and talk about the favorite parts of their day. Mike read Sue a Bible devotional and they pray together.

5:00 – Awake. Mike brings Sue coffee. Change into exercise clothes, eat a banana, and start a 20-minute yoga/stretching and pilate online class. While in the same room, Mike would do a routine with weights every other day, while Sue continued the yoga or pilate online class.

5:30 – Take a shower (together, which could lead to lovemaking if mutually enthusiastic), and dress for the day.

6:00 to 6:30 – Prepare breakfast together for the children as they discuss their main schedule points and requests for the day.

1:00 – When children have quiet time in the afternoon (nap for youngest, video for oldest), cuddle on their bed and rest together for about 30 minutes.

This revised plan seemed to work best during this particular time of life, with a few adjustments along the way.  And Mike surprised Sue with a couple of 5-minute escapes, like a slow dance to a song from their dating and virtual destination dates, including a virtual beach sunrise with their feet in sand from their children’s sandbox after their morning exercise, and a virtual sunset cruise with a pineapple smoothy to sip together after the children were in bed.

Even though Mike and Sue longed for the day when they could escape together outside of the home, they figured out a way to restore romantic dating as a priority during their new normal.

The New Normal with Romantic Dating

Sue and Mike made it through the worst of the pandemic by regaining their focus.  Romantic dating was the major part of this focus with their ultimate goal of restoring and sustaining their feeling of romantic love, even though they were going through a major life disruption.