Why Are the Differences Between a Man and a Woman So Valuable in Marriage? 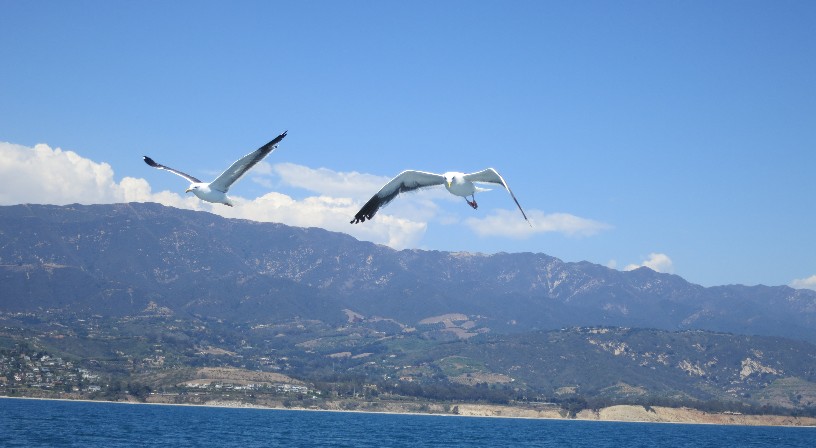 Why are the differences between a man and a woman so valuable in marriage?

Marriage is between two entirely different kinds of people-a man and a woman-who complement each other in extraordinary ways. When they treat each other as equals, they both greatly benefit from their differences. By respecting each other's vastly different perspectives, and building their lives on the wisdom of those different perspectives, they grow together much wiser and stronger than either would ever be by themselves. But when each spouse ignores the other's perspective, making choices that benefit him or her independently, they lose that advantage which leads to unhappiness in marriage.

The position I've taken over the past 40 years that a man and woman are entirely different from each other has been very controversial. When I first wrote His Needs, Her Needs in 1986, many considered me to be far behind the times. But my background in neurophysiology convinced me of its truth very early. When I taught the course, physiological psychology, I was able to provide each student with a human brain to dissect, and there were both male and female brains distributed throughout the class. I wanted each student to notice the vast differences between them. They not only looked different, but they also functioned differently. I wanted each student to fully understand why men and women think differently. It's because their brains are different.

Women have far more connections between the left and right hemispheres. The connecting band of fibers called the corpus callosum is much thicker in women than in men. There are more connections between neurons as well, and there are more neurons -- 12 billion more. And yet, their brain is smaller. I could go on and on describing the differences -- how their brains develop differently, how they age differently, how their emotional expressions are triggered differently, how their abilities are reflected in differences, and, of course, how these differences are responsible for creating different emotional needs. There is a far greater difference between the brains of the average man and woman than there is between the brains of representative people of all racial groupings on earth. Racially and ethnically, we are essentially identical. Sexually, we are vastly different.

But while I demonstrated the differences between the brains of men and women to my students, I stressed their equal value. They complement each other. The strengths and weaknesses of male cognition balance the strengths and weaknesses of female cognition. Together they offer a more complete perspective on life than either can have on their own. All that's required for those specialized advantages to express themselves in real life was for every husband and wife to have profound respect for the differences in the way they viewed the world and think together to find mutually appealing solutions to the problems they face.

Throughout human history, however, their physical and mental differences have led to widespread discrimination by men against women. We should not be surprised at that tragic result because whenever there have been differences among us, we have tended to discriminate. And since there are no greater differences than there are between a man and a woman, we should expect sexual discrimination. It's been less than 100 years that women have even had the right to vote in America because they were judged to be intellectually inferior. Instead of seeing women as an essential complement to their lives, men have tended to view them as personal property that were to serve them throughout life, much like slaves. Men viewed themselves as superior in every way, and felt that the judgment of women was inadequate to make final decisions, even when it came to voting.

Thankfully, we have seen justice for women. Education, the ultimate equalizer, has proven that women are every bit as intelligent and creative as men. In fact, they are now in the majority in most colleges and universities. Every male college student can attest to the fact that women are in no way intellectually inferior.

But while a man and woman are of equal value, they are not the same. A woman is a valuable complement to a man and a man is a valuable complement to a woman. Throughout my career, I've seen that difference benefit a husband and wife in marriage. I've witnessed how they need each other to become whole. And the wisdom that each one brings to a marital relationship raises each of them to a higher intellectual and moral level than they could have ever achieved on their own. But for that to happen, they must first and foremost respect and value each other.

I use the analogy of a husband and wife standing back to back, describing what they see to each other. Each is unable to see more than half of the horizon, but together they see it in its entirety. It would be a terrible mistake for either of them to claim that they had the only true vision of the world, and that the other should be guided exclusively by their vision. It's only when they respect the differences in their perspectives and they learn from them, that they gain a complete knowledge of the world.

My primary reason for encouraging couples to value each other's opinions, perspectives, and interests is that their differences can help both of them create a greater life than either could have created on their own. Mutual respect in marriage means that the feelings and interests of both spouses are of value. One spouse's interests should not dominate the interests of the other spouse. It's marital democracy. In this company called marriage, the spouses are co-CEOs.

But that doesn't mean that each spouse must lose their right to make decisions of personal benefit. It's just that their choice must also benefit the other spouse.

I'll illustrate that point with my cardinal rule of marriage, the Policy of Joint Agreement: Never do anything without an enthusiastic agreement between you and your spouse. That rule focuses on mutual respect and consideration in marriage. Differences in physical strength, earning power, and even intelligence do not alter the equation. Power is granted to both spouses equally. But the default condition, doing nothing, would be a disaster if that became the norm. For a marriage to succeed, agreement must be found, and that's where personal choice comes into the equation. It's assumed that both spouses are able to express their perspectives to each other, and to negotiate an outcome that works to the advantage of both. They are at liberty to do whatever works for both of them. Doing nothing ruins both of their lives.

When you decide to follow the Policy of Joint Agreement, you are giving each other equal power in your marriage. Neither of you can force the other to do anything, or to put up with anything either of you decides to do. Your choices must work for both of you or you don't make them. With enthusiastic agreement as your goal with every conflict, you will learn to appreciate the differences in perspective that you bring to the issue. You will try to gain a better understanding of the vast differences in the way you both think and reason. It's only then that you'll be able to see what works best for each other, instead of trying to force your own way of thinking on each other.

That's why marital problem-solving requires mutual respect and understanding. Trying to demand compliance, or showing disrespect for your spouse's alternative point of view, or deciding to go it alone, making an independent choice, leads to marital failure. But it does more than that. It prevents you from coming to know an entirely different kind of person, someone not at all like you. It's someone who can make your understanding of the world much more complete if you regard that person as an equal, and show your profound respect for what he or she has to offer you in wisdom and support.