Dating the One You Married, Part 1: 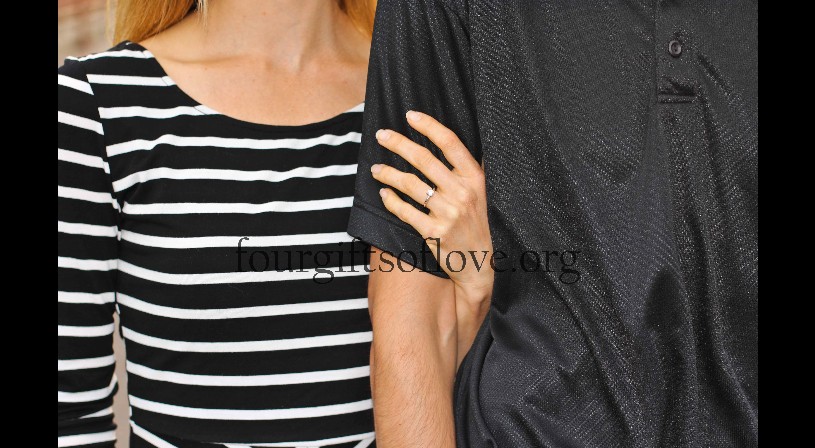 Dating the One You Married, Part 1:

A Week in the Lives of Norah and Jason

The lives of Norah and Jason were not much different from those of countless young couples who are just getting started raising a family.

On weekdays Norah would wake up at 5:00 every morning, work out for about 30 minutes, take a shower, get dressed, have breakfast with her husband, Jason, and three-year-old son, Adam, and then take him to childcare. By 8:00, she was at work as a medical product sales representative. After a stressful day, she would pick up Adam from childcare at 4:30 and come home to prepare dinner, clean up afterward, do a bit of housework and laundry, put her son to bed, and finally get to bed herself where she would usually fall asleep in less than five minutes.

Jason was usually up by 5:30. After getting dressed, he would have breakfast with his wife and son and leave for work by 7:00. The commute to his job as a quality-control inspector for a factory was at the busiest time of the day for traffic. After a frustrating drive, he would try to make it to work by 8:00. The time that he would return home was somewhat unpredictable due to emergencies that had to be addressed before he could leave. So, he often wasn’t home until after 7:00, long after his dinner was cold. He would spend the rest of the evening playing with his son, watching TV, and trying to relax after a day filled with problems. He would be in bed for about an hour after Norah was asleep.

Saturday mornings would find Norah and Jason trying to do things that they couldn’t do during the week. Yard work dominated his time while she finished the housework and laundry that she was too tired to do evenings. During the afternoon, they would go somewhere together as a family, primarily using the time to entertain their son, like going to a playground or zoo. The evening would be spent watching TV.

They would go to church Sunday mornings and the afternoons were filled with visits with family and friends. Evenings were usually at home, again, watching TV. Norah and Jason would read to Adam before he went to sleep and would then they go to bed together and usually make love.

Sounds like a normal week in the life of a busy young couple, doesn’t it? They were working hard, paying their bills, spending time together as a family, and going to church. But do you see what was missing?

They were not dating because there was no time for it. Is dating really necessary? They didn’t think so. They had so many other responsibilities that it seemed to be a luxury that they couldn’t afford. At least, not then.

Norah and Jason met for the first time in the Buffalo State College cafeteria. She was sitting alone, and he asked if he could have his lunch with her. She welcomed the company. Lunchtime was long over before their conversation had to end because of classes. That evening they met again for dinner and talked with each other until the dining hall closed.

From that day on, Norah and Jason would meet almost every day for at least two hours. At first, they would simply talk together at the cafeteria, but as time went on, they went on dates away from the campus. They enjoyed the outdoors, and hiking together in a nearby state park became a favorite activity that gave them an opportunity to express their affection for each other.

Hardly a day passed that they didn’t spend time with each other. At the very least, they would talk for about an hour on their phones and text throughout the day. And by the end of each day, they usually planned how they would be together the following day.

After a year went by, neither Norah nor Jason could imagine ever being apart, so they decided to marry. At first, they planned to wait until they had both graduated from college. But that was two years away, much too long to wait. So just two weeks after their engagement, they moved their marriage up with a year of school left for each of them.

Dating after Marriage but before Children

That last year of college wasn’t as bad as some had thought it would be for Norah and Jason. Now that they were living together, they were able to consolidate some of their expenses while maintaining essentially the same class schedule. Their grades actually improved.

They didn’t stop doing what they had done while dating. They continued to talk to each other for hours every day, they went on hikes, rode their bikes together, were affectionate wherever they went, and expressed their love for each other very passionately.

But upon graduation, they were both eager to begin their careers. So they poured themselves into their new jobs, often working late at night and on weekends. With that change of lifestyle, their romance took a hit. Dating while in the same college together was very convenient. However, their new jobs took them apart most of the time, and left them exhausted by the time they were home together. Their hours of conversation turned into minutes, texting was less frequent, their hikes together were replaced by exercise done separately, affection began to diminish, and sex was not nearly as passionate or as frequent as it had been.

They were both ambitious and took their new jobs very seriously. They wanted to move up the ladder as quickly as possible, and so they focused their energy on being successful. They assumed that their love for each other was firmly in place, and didn’t need to be nurtured. After all, they were soul-mates.

Adam came as a surprise. They had planned to eventually have children, but not before their careers were better established and their college loans paid. So much for plans. But they felt that they could handle the new responsibility of raising their son while still maintaining their career and financial objectives. It would mean less time for each other, but they both assumed that their relationship was secure. They would work through their problems together.

What didn’t occur to them was that their relationship was not secure. The vows they made at the altar assumed that the feeling of love they had for each other would persist throughout life. They didn’t realize that their passion for each other had depended on the time they had spent together, and what they did with that time. The time they spent being affectionate, talking intimately to each other, making love, and engaging in their favorite recreational activities together had kept their love alive. When they stopped taking time to meet those needs, their feeling of love for each other faded.

Norah and Jason had lost the spark that they had once felt for each other, and they both knew it. Some had told them not to expect it after a few years of marriage, especially after their children arrived, but they weren’t willing to give it up without a fight. So, they came to me for advice on how to restore it. They came to the right place.

I began my first session with them by explaining that almost everything they do affects their feeling of love for each other. I use a simple analogy to describe that effect. I call it the Love Bank.

She had the same effect on her account in his Love Bank: Making him feel good made deposits and making him feel bad made withdrawals.

If their Love Bank balances were positive, they would have a positive feeling toward each other. They would “like” each other. But if they made very large deposits that built very high balances, breaking through what I call the romantic love threshold, they would feel intense attraction for each other: romantic love.

That’s what Norah and Jason did when they were dating: they made very large deposits into each other’s Love Banks that breached their romantic love thresholds. And that feeling of being in love that they created is what motivated them to marry. They felt such an intense attraction to each other that they wanted to be together for life. It not only motivated them to marry, but it also gave them extra motivational help to make more Love Bank deposits.

Being in love is one of life’s most magnificent feelings. That’s why Norah and Jason wanted to be married—they wanted to have that feeling for the rest of their lives.

I explained to them that in the beginning of their relationship when they were first attracted to each other, they each decided to pull out all the stops. Jason knew that women liked a steady flow of conversational contact, so he talked with or texted Norah as often as possible. He was also very affectionate with her, something he had not done nearly as much in earlier relationships. She also did what she could to attract him. She joined him in any recreational activity that he enjoyed, and let him know that she was sexually attracted to him.

Once they were in love, their effort to make each other happy was no longer a strategy to attract each other. It became almost instinctive. He felt like being affectionate and conversant with Norah. She felt like being his favorite recreational companion and expressing her sexual attraction to him.

During their first year of marriage, they continued being affectionate, sexual, conversant, and recreational with each other, which maintained their high Love Bank balances. Their feelings for each other remained passionate.

But after graduation, very innocently, they replaced the time they had taken to maintain their romantic relationship and used it to further their career goals. They both worked long hours, even weekends; they were sometimes separated from each other for business trips; and they were often so tired after a day’s work that they could only think about getting to sleep as soon as possible.

When Adam arrived, things got even busier, as you can well imagine. Now they had both career and childcare responsibilities, there was no time for them to even consider romance. So, it shouldn’t have come as any surprise that their romantic love for each other took a big hit. They liked each other, but the intense feeling of passion they once had was gone.

Once they lost their passion for each other, what had seemed effortless became difficult. Jason found that he didn’t feel like cuddling up to Norah as he had in the past – unless he wanted to make love to her. Their hours of conversation that he had looked forward to were now boring to him. He wanted her to get to the point as quickly as possible.

Norah also found that the recreational activities she had enjoyed with Jason were now not so enjoyable anymore. And sex? Well, it became a duty for her and was becoming increasingly unpleasant. Sunday became her worst day of the week because she knew that Jason would expect her to make love with him that night whether she felt like it or not.