Dating the One You Married, Part 2:

How Is Romantic Love Created and Destroyed? 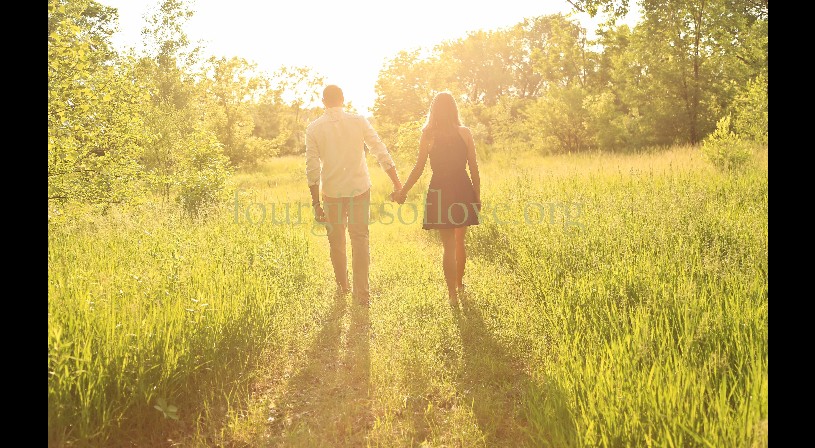 Dating the One You Married, Part 2:

How Is Romantic Love Created and Destroyed?

While I was a college professor, I studied the psychology of romantic love. I was curious to know what it was, what created it, and what destroyed it. A college campus is a perfect place to study this behavior since it’s full of students who are falling in and out of love. I designed many questionnaires that students completed that helped me understand what this feeling was all about.

One of the most important questions I asked was, “what was it that caused you to fall in love?” Very few were confident in how to answer that question. For many, they thought that they were simply meant to be together.

Those who did have an answer would often say that physical attraction was a starting point, especially among men. But if the relationship were to develop, the quality of conversation was usually mentioned as a contributing factor. Common interests, particularly recreational interests, and sexual attraction were also included as important. Their answers conveyed the impression that the person they loved made them very happy by meeting these criteria.

While teaching, I also had the opportunity to counsel married couples, and I asked them some of the same questions. But I added the question, what does or could your spouse do for you that would make you the happiest? That question was open-ended, so they could write paragraphs if they chose to expand on their answer.

After reading scores of answers, I found that they could be classified in one or more of ten categories that I called emotional needs. Those categories were 1) admiration 2) affection, 3) intimate conversation, 4) domestic support, 5) family commitment, 6) financial support, 7) honesty and openness, 8) physical attractiveness, 9) recreational companionship, and 10) sexual fulfillment.

My next step was to determine which of these needs when fulfilled made them the happiest. Which ones made the largest Love Bank deposits?

So, I changed the question to ask: Rank the following ten ways that your spouse could make you happy with 1 being the most and 10 being the least. I also gave them an opportunity to add to the list anything else that their spouse could do for them.

I found that almost no one added other categories to the list. It appeared that the list covered just about everything that spouses could do for each other that would make them happy – that would make large Love Bank deposits.

And I noticed something else: I found that two emotional needs men tended to rank highest (sexual fulfillment and recreational companionship) and two women tended to rank highest (affection and intimate conversation) were consistently met in almost all dating and marriage relationships when couples were in love with each other. In fact, the meeting of those four emotional needs consistently seemed to define a romantic relationship.

But if the needs of men and women are so different, why are couples who are not yet in love successful in meeting each other’s emotional needs while dating?

Truth is, they’re not very successful, at least at first.

My experience studying college dating and then later, managing a dating service, is that most dating couples don’t make it to the altar. It’s only those who understand that if they really want the other person in their lives, they’d better figure out what that person needs from them, and then deliver.

Men who are skilled in attracting women have learned that affection and intimate conversation are very important to them, and women learn that sexual fulfillment and recreational companionship are very important to men. While sex is not necessarily consummated during dating, these women know that the man she’s interested in dating should find her to be sexually attractive.

By the time Norah and Jason (our couple from part 1 of this series) had first met, they had enough experience dating others to recognize what had to be done to be attractive to each other. After failed past relationships, they had learned a few things. So they deliberately did for each other what they thought would make someone of the opposite sex happy. It worked. They fell in love with each other.

But after they fell in love, they had some help from their emotional instincts. What started out as being a deliberate effort, became almost effortless. They were both convinced that they were made to be together.

Opportunity is a key concept when it comes to maintaining romantic love. When in love, people find themselves highly motivated to do things for each other that they wouldn’t be as motivated to do if they were not in love. But if they decide not to take time to be together for some reason, that motivation to meet the emotional needs of affection, sexual fulfillment, intimate conversation, and recreational companionship, is squandered.

In their first year of marriage, Norah and Jason had maintained the time for dating that they had spent prior to marriage. They were still just as affectionate, had a very passionate sexual relationship, talked intimately together as much as before, and hiked with each other regularly as their favorite recreational experience. They set aside time in their schedules to make sure that it happened.

But after graduation, when they had new jobs, their lifestyle changed.

How Is Romantic Love Lost?

Norah and Jason were unaware of how important to their romantic love it was that they meet each other’s emotional needs for affection, sexual fulfillment, intimate conversation, and recreational companionship. So they made a fateful decision. After they launched their careers, they both decided that they didn’t have as much time to date as they had in the past.

The Love Bank leaks. If a couple doesn’t keep filling it, love units slip away. In that way, the Love Bank is not exactly like your checking account – unless some unscrupulous manager at your bank makes illegal withdrawals. So, a couple must keep making Love Bank deposits if they want to stay in love. And those deposits must be large by meeting the needs for affection, sexual fulfillment, intimate conversation, and recreational companionship.

First, it was their new careers that prevented Norah and Jason from making the same Love Bank deposits they’d made in the past. They were still in love, but they decided that the time they spent with each other was somehow wasted. They would make better use of it by pouring themselves into their jobs. They were making some deposits, but the shortage of time to do it consistently didn’t compensate for their leaking Love Bank accounts. While their accounts didn’t actually fall below the romantic love threshold, they were certainly moving in that direction, unaware of the damage they were doing.

So, in the space of three years, their Love Bank balances dropped below the romantic love threshold. And with that drop, they lost the extra motivation romantic love gave them to meet each other’s emotional needs. They lost the passion they once had.

With that loss of passion, they also lost the extra motivation that their emotions gave them to meet each other’s emotional needs. They wanted their own emotional needs met, but were not as motivated to meet the other’s needs.

They took shortcuts. With the short amount of time they had together, Norah wanted Jason to be affectionate and talk intimately with her but didn’t want to use that time to make love or do something recreationally with him. He wanted her to use their time together to make love and be his recreational companion but wasn’t quite as interested in being affectionate or talking intimately with her.

In Part 3, Dr. Harley will explain more about Norah and Jason's story.