How to Negotiate, Part 2

When No One Wants to Raise the Issue 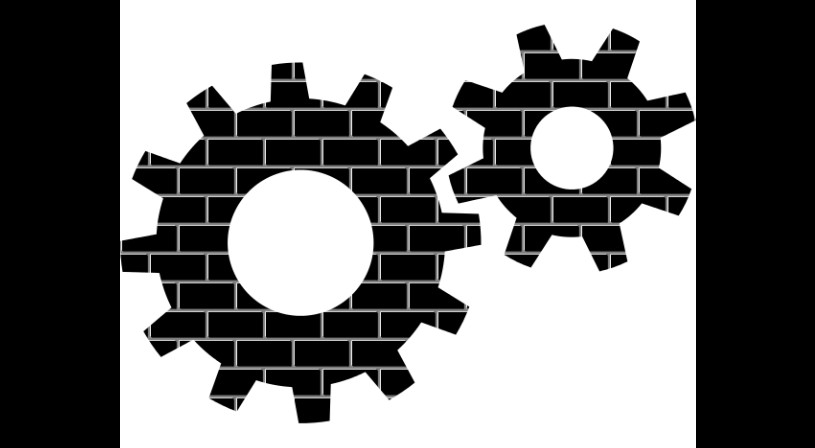 How to Negotiate When No One Wants to Raise the Issue

Are there problems in your marriage that have been festering for years? Have you lost hope of ever resolving them because they are never discussed? Are you afraid to bring them up?

In the article, How to Negotiate When You Are an Emotional Person, I described two ways couples handle conflict.

Option A. You calmly and respectfully discuss the conflict until you find a mutually agreeable resolution.
Option B. The one who screams the loudest wins the argument.

Option A, of course, is the right way to do it, and in that article, I encouraged you to avoid option B at all costs. But if eliminating option B does not result in using option A, there's a third option that couples often choose:

Successful negotiation in marriage is a skill that should be taught in school along with reading, writing, and arithmetic. That's because successful marital negotiation leads to happy marriages, and that, in turn, creates productive families that make our entire culture flourish. I firmly believe that it's one of the most important skills that anyone can learn because a successful marriage is the backbone of a successful way of life. It's also the single most important factor in making people happy.

But sadly, most couples are not skilled in marital negotiation. Option A is not the procedure most couples use to resolve conflicts. Instead, they choose options B or C. I've already shown you how option B fails to do the job, so in this article, I'll focus my attention on Option C — sweeping your problems under the rug.

Suppose that you and your spouse want to take a vacation, but can't agree on where to go. One of you wants to spend a week at a campground four miles from your home, while the other would prefer a week in Orlando, visiting Disney World, Sea World, and Universal Studios. Your children have all voted for the Orlando trip. You don't want to fight about it but haven't learned how to negotiate. By avoiding the subject, no vacation is on the horizon.

So to go on any vacation, one of you decides to capitulate. You either go camping or visit Orlando, depending on who does the capitulating. That 's one way to solve a problem without having to discuss it. But the capitulator ends up feeling very resentful. The one wanting a Florida vacation will be very unhappy camping, especially if it rains, and the one wanting to camp will not be cheered up by Mickey.

But in spite of the distasteful outcome, couples try to avoid all sorts of marital problems. Take sex, for example. One of you wants sex more often than the other, so one person gives in, either agreeing to more sex when you want it less or by putting up with less sex when you want it more. Either way, resentment is the final result.

Of course, there's always the option of no vacation, where neither is willing to budge or negotiate. And the issue of how often to have sex can turn into not having sex at all when spouses won't discuss the issue with each other. Resentment builds to such an extent that the capitulator finally decides not to capitulate any longer.

Does this describe the way you deal with conflicts? Do you pretend as if they don't exist? If you have piles of unspoken issues in your marriage, I want to encourage you to get them out on the table this week and start negotiating. Here's one way to do it.

The problem with talking about conflicts that have been buried for years is that when they are raised, they tend to explode in your face. So much emotion has been festering that when the topic is introduced, demands, disrespect, and anger often destroy any hope of a thoughtful and intelligent resolution.

Remember, the first guideline for successful negotiation in marriage is to make the discussion safe and pleasant. If you try to talk about the problem, you may find that your emotions get the best of you, and you simply can't proceed. But if you negotiate in writing, even if you are seething while you describe your problem, you can edit your initial emotionally charged sentences, and rewrite sentences that would be interpreted by your spouse as demanding, disrespectful, or angry.

Your letter should begin with an explanation for having to put your problem in writing rather than being able to talk about it. It might look something like this:

I know that this may seem to be a strange way for me to introduce a topic with you, but I'm afraid that I might have trouble making myself clear if we were to talk about it. So if you would indulge me, I'd like to introduce a problem that I've been having so that we can work together toward a solution. This is a problem that we have had for some time now, but I think we have both avoided dealing with it for a variety of reasons. Maybe by writing to each other about it, we can come to a resolution.

The next section of the letter should state the problem, and offer your perspective on how it might be solved. Again, remember to avoid writing anything that sounds demanding, disrespectful, or angry.

The problem I'd like us to solve is that, from my perspective, we are not making love often enough, and when we do it's not in ways that satisfy me. I would like to make love at least twice a week, and before we make love, I'd like us to spend some time talking to each other and being affectionate. I think that we could do this if we scheduled time to be together each week for that purpose — like having a date.

After you've stated the problem and described your perspective, you should ask for your spouse s perspective. How does he or she feel about the problem itself and about your proposed solution?

How do you feel about it? Do you also feel that we're not making love often enough and that we're not doing it in ways that satisfy you? If so, how would you like to solve this problem? But if you are happy with how often we make love and find that the way we do it is fulfilling to you, would you help me with this problem I've been having? What would you suggest to satisfy my need? Please write me a response so that we can begin solving this problem together.

I know that this letter sounds very formal and somewhat awkward. But my point is that this is one way to bring up a problem that has been buried too long.

Once the problem is on the table, your spouse will either respond to it or ignore it. Let's consider ways that your spouse might respond.

I've counseled many retired couples who finally address problems they've endured through most of their marriage. They're happy that they were finally able to solve them, but wish that it had been done much earlier in their marriage. The busyness of raising children and developing careers distracted them enough to keep their problems unresolved.

Don't sweep your marital problems under the rug. If you've been afraid to raise issues in your marriage, try using the letter I've recommended. Make problems that have been bothering you a top priority in your life. And with respect for each other, solve them.

For more helpful advice on how to negotiate in marriage, please read He Wins, She Wins.