How to Negotiate, Part 1

When You Are an Emotional Person 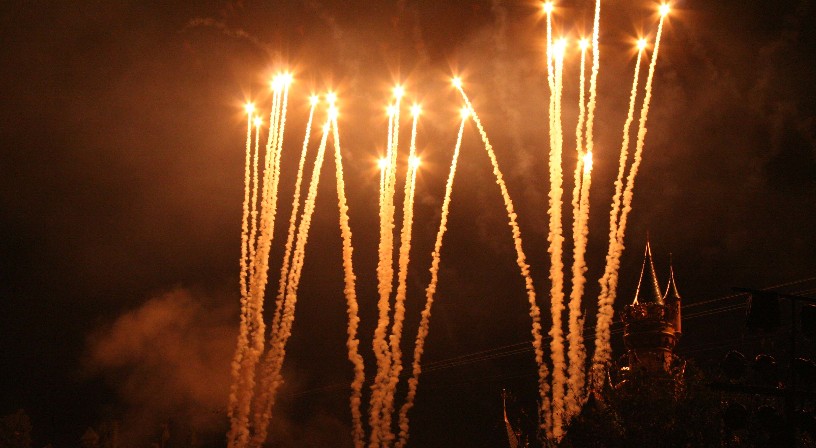 When You Are an Emotional Person

Which of the following best describes the way you and your spouse handle a conflict?

If you and your spouse are closer to the screaming type, you've probably noticed that your conflicts are piling up. Instead of resolving them, your fights are adding new ones to the pile.

You've tried to avoid fighting because you know that it doesn't really solve anything. But you get so upset by the way your spouse treats you, or ignores you, that you can't help yourself. Besides, even if you wanted to solve your problems calmly and respectfully, you wouldn't have a negotiating partner. Your spouse only takes you seriously when you're screaming. Otherwise, your problems are swept under the rug and never discussed. Does that describe your situation?

It's a vicious circle. The problems you face in your marriage upset you terribly. They can't wait for negotiation. They must be solved now. And yet, the tactics you use to get the job done in a timely manner -- demands, disrespect, and anger -- drive your spouse away from you. Instead of seeing the urgency of your problems, your spouse comes to believe that nothing you discuss can be resolved rationally. Instead of addressing your problems when you're both calm and rational, your spouse ignores them until you become so upset that he or she can't ignore them any longer.

The primary advantage of being emotional in marriage is that problems are rarely ignored. They keep getting addressed during nasty fights. But the primary disadvantage is that the problems are rarely solved. So how can an emotional person ever hope to have a marriage that works? How can such a person be happily married when they can't seem to solve any of their problems?

Well, I have good news. Emotional people can solve their marital problems. Here's how it's done.

Begin with the assumption that marital problems can be solved only when spouses discuss their problems calmly and rationally, looking for solutions that they can both accept. Also, assume that they will not be solved by screaming. Finally, assume that you, and you only can control your emotional reactions - no one else can do it for you. These assumptions lead to the conclusion that your emotional reactions are self-defeating when you face a marital problem. You hurt your own cause by letting yourself get so upset that you're unable to find a solution to your problem.

Let's stop here to think this through for a moment. If you don't agree with these three assumptions and its conclusion, you're not ready for my plan. Unless you take full responsibility for your emotional reactions and don't blame them on anyone else, you will not be able to develop the right frame of mind to tackle the conflicts that are common in marriage.

But if you accept these assumptions and their conclusion, your first step toward becoming an expert marital problem-solver will be to learn to be calm in the midst of frustration. That will take plenty of practice.

So it all begins with emotional control when you face a conflict. If marital problems upset you, you'll never be able to resolve them the right way.

But can an emotionally reactive person actually learn to control his or her reactions? Of course, they can! I've witnessed thousands of highly emotional people learn how to relax in the face of adversity.

An angry outburst is only one of many emotional reactions to frustration, and I've not only helped train others to completely eliminate them, but I've also learned how to eliminate them myself. When I was young, I had a very bad temper, as did most of the other members of my family. But when I came to realize that my anger was self-defeating and that no one made me lose my temper, I set out to eliminate it completely. In spite of some very frustrating experiences I've had in life, I have not lost my temper in over 50 years.

Most intense emotional reactions are neurologically similar. An angry outburst and a panic attack have many of the same features and the way to overcome them is essentially the same.

When faced with a threat, we react with fight or flight. Either we stand up to the threat and defeat it, or we run for cover. If you fight, you'll have an angry reaction, and if you flee, you'll have an anxiety reaction. But in either case, it's the adrenaline in your system that magnifies the reaction.

So the best way to control an angry outburst or a panic attack is to reduce the adrenaline in your bloodstream. While there are many dietary and medical ways to help achieve that objective or prevent it from happening in the first place, one of the simplest approaches to control your emotional reactions is to learn to relax and to be able to do it almost instantly. Effective relaxation techniques can be learned within a few days if they are practiced often enough. And if they are practiced while thinking about some of your most frustrating situations, you prepare yourself for effective negotiation.

Just as you might prepare for a marathon, by training your body to run ever-longer distances, you can train your brain to approach frustrating situations with intelligence rather than emotion. Every frustrating situation you find yourself in is a training opportunity. By relaxing instead of attacking (or fleeing), you create an opportunity to approach the situation with thoughtfulness.

While most of us know if we're tense or relaxed, some people find it helpful to use some form of biofeedback to help them quantify their efforts. A simple galvanic response meter can do the trick and it can be purchased on Amazon for between $50 and $100. A CD often accompanies the meter that teaches relaxation techniques. The GSR2 Biofeedback Relaxation System with CD by Bio-Medical Instruments, Inc. is about $75.

The purpose of relaxation training using a biofeedback meter is to learn to relax under conditions of high stress. At first, you simply learn to raise and lower the meter by changing your thoughts. Think of an unpleasant stressful situation, and the meter rises; think of a pleasant non-stressful situation, and the meter lowers. After you can manipulate the meter by simply thinking stressful and non-stressful thoughts, your next challenge is to keep the meter low even when thinking about a stressful situation. You do that by deliberately relaxing every muscle in your body, thereby flushing out all of the adrenaline. With practice, your relaxation can be demonstrated on the biofeedback meter in a matter of seconds.

When you have mastered relaxation while alone, the next challenge is to keep the biofeedback meter low when you discuss a problem with your spouse. At first, you may think that all of your training doesn't work when applied to real-life situations. But with some practice, you will be just as successful with your spouse present as you were while alone.

By keeping the biofeedback meter low, you are controlling your emotional reactions, giving your brain a chance to think of real solutions to your problems. When you become emotional, your creative ability is seriously downgraded, leaving you with few ideas that are worth considering.

If both you and your spouse can guarantee that your discussion will not lead to an emotional outburst, you will not only be far more creative and successful in finding solutions, but you will be more likely to raise problems with each other. Joyce and I tackle conflicts as they arise, and at least one will arise just about every hour we're together. Obviously, if we did not handle our conflicts the right way, our lives would be filled with arguments. Or we would not be dealing with them at all.

By controlling our emotional reactions, Joyce and I follow the first guideline for successful negotiation in marriage: to make the discussion safe and enjoyable. You are to avoid making any demands, avoid showing any disrespect, and avoid becoming angry. In other words, you're to avoid becoming emotional.

If you can't control your emotional reaction, you can't follow the second guideline: understanding the conflict and its possible resolutions from each other’s perspectives with profound respect for each other -- something terribly missing when spouses become emotional.

The third guideline, brainstorming solutions with the goal of making both spouses happy with the outcome, is impossible to follow without the second guideline in place.

And finally, the fourth guideline, selecting a resolution that makes both spouses happy, can't be followed if the third guideline isn't followed.

For more helpful advice on how to negotiate in marriage, please read He Wins, She Wins.