What's the Difference Between Lovemaking and Sex? 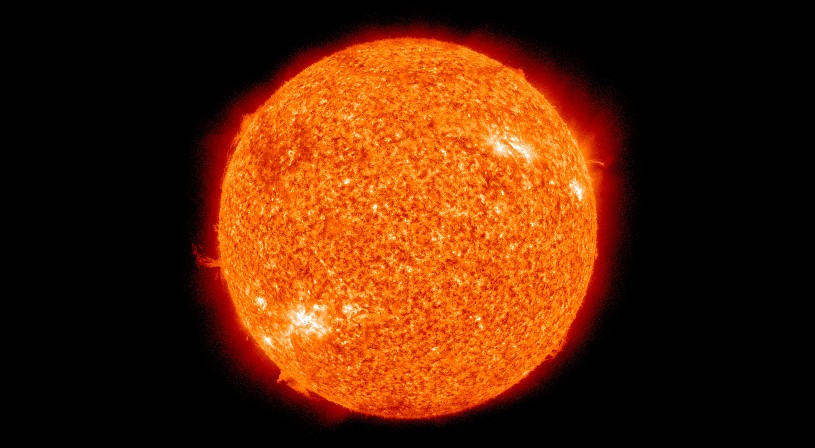 What's the difference between lovemaking and sex?

Affection is the expression of care, symbolizing security, protection, and comfort, which usually includes hugs and kisses. When sex and mutual affection come together, the sex act itself communicates care. The primary focus of attention while making love is on a couple's care for each other, not on the sex itself.

As most husbands know, the problem with lovemaking is that it's not the most efficient way for them to have a sexual experience. For many, it actually gets in their way. But these husbands also know that if they want their wives to participate, they must make it seem as if affection is their primary objective. So, they use affection to try to motivate their wives to engage in a sexual experience with them. Their wives usually know what they're up to because they are particularly affectionate when they want to have sex.

But if sex is their primary objective, their wives come to realize that they would prefer to skip the affection part, and get right to the heart of the matter. They suggest ways to have sex that are free of the encumbrances of affection.

Consider oral sex, for example. Rarely does the person giving or receiving oral sex consider it to be an act of mutual affection. Instead, it's seen as one of the fastest ways to become sexually aroused and to climax. When a husband or wife performs oral sex on each other, they are simply helping each other achieve a quick and efficient sexual experience. In many, if not most cases, oral sex is seen as a way to get sexual fulfillment out of the way.

Anal sex is another example of sex that is rarely accompanied by affection and is often very painful to the wife. And it can get much worse. For many, sexual arousal is best achieved by inflicting pain on a partner, the very opposite of care. Pornographic images of sadomasochism found on the internet give spouses, mostly husbands, the idea that it might be fun to try it at home. A wife who thinks that it's her duty to satisfy her husband's sexual craving will often give it a try, but find herself the next day feeling terribly violated. It's not what she wants at all. She wants a husband who demonstrates his care for her, not his utter contempt for her when having sex.

To the extent that a husband uses his wife's body as an object to gratify his sexual needs, without consideration of her reactions, she feels used rather than loved.

Husbands Need to Be Trained

One of my highest recommendations to a honeymooning couple is to have the wife teach the husband how she would like to have sex with him. What conditions should exist that would make having sex attractive for her; what are the best ways for her to be sexually aroused; how can he help her climax; and what does she want him to do after having sex.

That extremely important lesson can make the difference between a marriage that is very sexually fulfilling for both, and one that is sexually frustrating for both.

With proper training, a new husband will learn that she wants him to be affectionate prior to having sex, affectionate while having sex, and affectionate after having sex. Back rubs along with hugging, kissing, and non-sexual caressing help create the mood for many wives. As the passion builds, sexual touching becomes increasingly attractive to her, and when she finds herself sexually aroused, intercourse is an easy transition for her to make. Bringing her to a climax during intercourse requires special training by her, and a husband who wants a frequent and passionate sex life should learn to become an expert in doing it that way.

Some husbands feel that if their wives become sexually aroused, they must feel as gratified about having sex as they do. They will often insist on her sexual arousal and climax before they are willing to end the experience. This is why so many wives fake an orgasm, just to get it over with. But even when their climax is genuine, it isn't necessarily enjoyable for them.

I once counseled a couple where the husband said he would divorce his wife if she didn't climax every night with him. She told me that she couldn't afford to divorce him and that it was against her religious faith. My effort to convince him that what he was doing was nothing short of rape didn't dissuade him. So, she consumed enough alcohol each night to help her get through it. But it was still a nightmarish experience for her, and she often contemplated suicide. To this day, I wish that she would have divorced him, or at least separated because she was the victim of sexual abuse. Sexual arousal and climax are not necessarily the gratifying experience for wives.

The secret to having a very frequent and satisfying sexual experience throughout marriage is for it to be mutually enjoyable. If any of a husband's sexual preferences are unpleasant for her, it's likely to be much less frequent, and in some cases very infrequent. Meeting in the middle for many men is to make sex unpleasant for her half of the time. That can lead to being sexually fulfilled none of the time.

Why does a wife often find her husband's sexual preferences to be unpleasant for her? It's that she does not have the same amount of testosterone in her system as her husband. She doesn't have the same craving for sex that he has. So, to make sex enjoyable for her, he must do more than just meet her need for sexual fulfillment. He must also meet her need for affection. By combining those two needs into one, she becomes as enthusiastic about sex as he is.

In my article, "The Question of the Ages, How Can a Husband Receive the Sex He Needs in Marriage," I advise the reader to ask the question, Why have sex? The answer to that question helps a couple learn how to have sex. Her purpose is primarily to provide an emotional connection, while his purpose is primarily to satisfy his craving for sex. With that understanding, they can create an experience that achieves both objectives: Lovemaking.

In order to make love, as opposed to having sex, a woman needs to feel an emotional connection with her husband. That can be achieved by having her husband's undivided attention, where they are being affectionate, engaged in intimate conversation, and doing something fun together. In other words, having a date. When that emotional connection is made, lovemaking is usually very fulfilling for her.

Willingness Is an Essential Ingredient for Women

There are five stages to the sexual response: Willingness, arousal, plateau, climax, and recovery (see chapter 4 in His Needs, Her Needs). For most husbands, the first stage, willingness, is not an issue. Testosterone takes care of that stage for them. He is willing most of the time.

A wife, on the other hand, is not willing to have sex most of the time. She must make the decision to be willing, and that usually requires an emotional connection that is best achieved with undivided attention. She is willing to express her love for him with sex and affection because her husband has expressed his love for her. But without her willingness, any effort on his part to have sex almost feels like rape to her.

It has become clear to many men recently that to assume that a woman in the workplace will be receptive to their sexual advances can be very risky. The #metoo movement has left these men aware that their entire careers can be in danger if they assume willingness when it's not actually there.

But what husbands need to realize is that their wives are also not necessarily receptive to sexual advances unless there is an emotional connection first. For a husband to grope and grab a wife can give her the same feeling of being violated as women in the workplace feel.

A wife's perspective about sex is very important for a husband to understand if he wants her to meet his need for sexual fulfillment. Without that understanding, he can create a sexual aversion that makes sex almost impossible for her. But with that understanding, and application to the way he makes love to her, he can be sexually fulfilled almost as often as he wants. She would welcome the opportunity to express her feelings of being emotionally bonded to him.